At this point, Jeremy Diamond is well on his way to joining the list of most-recognizable Canadians, alongside the likes of Bryan Adams, Shania Twain, and Wayne Gretzky. Whether you live in British Columbia, Alberta, or Ontario, you’ve no doubt seen a Diamond & Diamond billboard on your way to work or seen a commercial for the law firm on television. 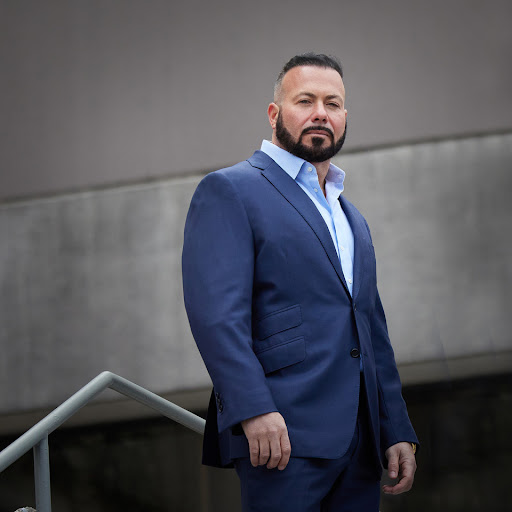 Since launching in 2013, the law firm has since expanded from a single Toronto office of 10 employees to more than 20 offices employing over 200 people. Today, it’s the largest personal injury firm in the country.

As a 2021 profile touched upon, personal injury law firms a generation ago didn’t have a recognizable image in Canada – at least not on a national level. Jeremy told Business Wire that from the get-go, with his first radio advertisement, he wanted his law firm to take a bold marketing approach. “I wanted our brand to go beyond the status quo, so we took advantage of multiple marketing techniques and communicated directly to our target market.”

That strategic marketing tactic would be key in not only bringing in new clients, but it would give Diamond & Diamond a clear edge over the competition. According to a 2016 poll, 70% of Toronto area residents had heard of the law firm, whereas just 3% of respondents could name one of Diamond & Diamond’s competitors.

If getting a customer is the hardest part of business, retaining that customer is the second most difficult thing to do, and the proof is in the pudding when it comes to the service delivered by Diamond and his team.

Along with his wife Sandra Zisckind, brother-in-law Isaac Zisckind, and the rest of the legal firm’s staff, Diamond & Diamond has won millions for its clients and fought for improving safety laws.

One of the earliest cases that the firm took on that captured national headlines was a shooting at York University in which eight people were shot. The team fought for the victims of the shooting, launching a $20.5M lawsuit against the school for negligence. “It is our allegation and contention that York University does not prioritize the security of their students,” Jeremy said in a press release at the time.

Two of the firm’s largest suits that grabbed headlines were both filed in 2019. In August of that year, a class action suit was brought against Capital One as a response to the bank holding’s data breach that exposed the personal information of over 6 million Canadian customers. The $350 million suit alleged that the leak of personal information put Capital One’s customers at risk of having their identity sold on the dark web.

Just three months later in November, the firm represented Canadians in a class action suit against Bayer and Monsanto, makers of the herbicide Roundup. Similar to the lawsuit in the United States that ordered the makers of Roundup to pay damages in excess of $2 billion, the $500-million suit hit the chemical company with claims that the herbicide’s ingredients cause cancer.

While the two previously mentioned lawsuits may seem completely different, in truth, they have a common thread – a victim(s) who need someone to fight on their behalf for justice. “In personal injury law, you’re always dealing with clients that are in a vulnerable state,” Jeremy explained. They’re not sure where to turn for help, and they need someone who understands their situation on a personal level, not just from a legal standpoint. And we pride ourselves on providing a sympathetic ear to clients because that’s what they need most to move forward and seek justice.”

Being a family-operated law firm, it’s important to Jeremy that clients know his legal team has their back. It’s one of the reasons Diamond & Diamond attorneys offer their personal cell phone numbers to clients. 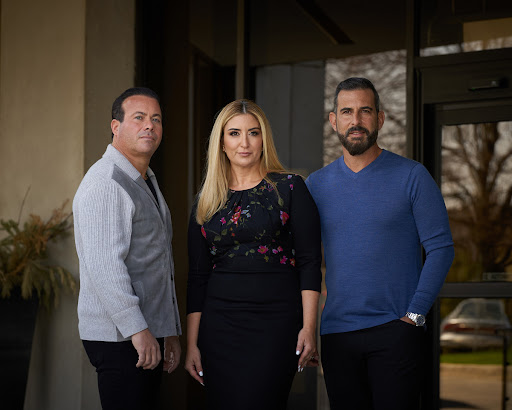 The firm’s willingness to go to bat for its clients against multimillion-dollar companies combined with its accessibility to clients undoubtedly have been the hallmark of Diamond & Diamond’s success.

Jeremy and his team harnessed that success in 2017 when it made the move to become a full-service law firm, a major milestone for any law practice. The decision meant that Diamond & Diamond would be able to offer its current clients legal guidance in the areas of real estate, wills and estate planning, divorces, and more.

Naturally, the expansion of its expertise would help Diamond & Diamond appeal to new clients and bring additional legal talent to its growing team, however, it wasn’t a decision its founder took lightly. “It wasn’t always our goal to move to full service,” Jeremy said at the time. “We listened to what our customer base was demanding and we noticed that many were intimidated by corporate law firms and daunting retainers.”

While living up to its reputation as “the people’s law firm,” will always be priority number one, the success achieved by Jeremy Diamond, his wife Sandra Zisckind, Isaac Zisckind, and the rest of the firm’s staff has afforded it some fortunate opportunities. Diamond & Diamond has been an ad sponsor of some of Canada’s biggest sports teams including the Toronto Raptors, Toronto Maple Leafs, Toronto Marlies, BC Lions, Calgary Flames, Ottawa Senators, Toronto Rock, and OHL teams across Ontario.

In 2021, the firm marked another achievement – bringing its legal services from Canada to the United States with its first office in Florida. Rather than offer full legal services, the Florida office focuses solely on personal injury cases for the time being.

Remarking that injury law will always be the firm’s foundation, Sandra Zisckind noted that the reason behind the decision was because they believe Diamond & Diamond “can offer something different in the U.S. arena,” while replicating the expertise and care that’s fueled the firm’s success in Canada.

“We believe in efficiency, utilizing the latest technology and meticulous attention to every granular detail.” If you’re looking for a weekend getaway close to Toronto, consider renting one of our top picks of winter cabins! Thrift stores are a great way to get unique and affordable clothing, accessories, furniture, and other household items. Parking lots are essential for businesses of all sizes, and they need to be maintained in order to keep customers... When it comes to family law, there is no one-size-fits-all solution. That’s why Toronto family lawyers offer a variety of... If you’re running out of storage space in your home, it may be time to consider renting a storage unit. If you’re looking for a fun way to spend time with friends, go karts are definitely the option for you!